The second weekend of Lincolnshire County Championships was held at Grantham on Saturday 29th January and a team of eighteen South Lincs swimmers were in action competing in the 400m Freestyle and the 400m Individual Medley.

The two events brought more success for the South Lincs athletes as they collected a further sixteen medals to add to their haul for this year’s championships.

Daisy Rummery got proceedings off to a strong start as she powered her way through the 400m freestyle to capture bronze in the girls 16 years and over age group. Daisy also took bronze in the ladies senior championship in this event. Daisy held a strong pace throughout the race and touched the wall in a season’s best time of 4.34.92, just half a second outside her personal best time.

Matteo Monaco was back in action in one of his preferred events, after capturing gold last weekend in the 800m and 1500m freestyle, he was looking to add a third gold to his personal medal haul. Matteo got into a fast rhythm and held a quick pace through the race. In a heat with boys significantly older than himself, Matteo was racing the clock and swam to a new personal best time of 4.55.56, breaking the five minute barrier for the first time. This was enough to secure the gold medal in the boys 13 years age group and Matteo also collected silver in the boy’s junior championship. Matteo was back in action for the 400m Individual Medley. Matteo worked his way through the butterfly section of the race, which is his least favourite, and then turned into his stronger strokes producing an excellent backstroke and breaststroke leg of the race to move back into contention before finishing with a fast freestyle leg. Matteo touched the wall for another personal best time of 5.36.16 to take bronze in the boy’s 13 years age group.

Oscar Goldsmith took on both the 400m freestyle and the 400m Individual Medley and was rewarded with two gold medals in the boys 14 years age group. Oscar swam the 400m freestyle with exceptional maturity, showing control in the opening quarter of the race and then settling into a fast pace which he was able to maintain through the race. Oscar touched home in a new personal best time and a new club record of 4.25.99 to capture his first gold medal. In the 400m Individual Medley Oscar swam strongly across all four strokes, fast out in the butterfly and then strong in both the backstroke and breaststroke sections, he brought the race home in fine style in the freestyle to finish in another personal best time and another club record of 5.05.20 for his second gold medal. Oscar also won the boy’s junior championship title in both of these events.

It was double gold for Rico Bringeman as he stormed to victory in both the 400m freestyle and the 400m Individual Medley. Rico was clearly a class apart from the rest of the field as he set up an early lead in the 400m freestyle and swam away from all challengers over the distance of the race. Rico touched home with a solid swim of 4.10.87. Again, in the 400m Individual Medley, Rico established an early lead that was never to be contested. Rico touched the wall in a time of 4.36.81 to take gold in the boy’s 16 years and over age group and also take the men’s senior championship title in both events. In the 400m individual Medley Rico was followed home by Luke Blanchard who put together an excellent race. Luke swam a strong butterfly section of the race and really attacked the backstroke section, which is traditionally his weakest phase of the race. A solid breaststroke section saw Luke just hanging on to his second place position as he battled it out throughout the freestyle to get his hand on the wall. The race came down to a finger-tip finish which saw Luke take the silver medal just 0.01 seconds ahead of his rival. Luke set a new personal best time of 4.48.42

The girls also added to the South Lincs medal haul. Daniela Bringeman secured a bronze medal in the girls 15 years age group of the 400m Individual Medley. Daniela swam with real determination to set a new personal best time of 5.37.97 to make it a podium finish in this event. Ellisha Cookson was defending her title in the 400m Individual Medley, but carrying an injury it was always going to be a challenge. Ellisha swam an outstanding butterfly section of the race and produced a strong backstroke section for her fastest ever front end speed to the race. Despite battling hard through the breaststroke, Ellisha wasn’t able to secure enough of a lead to hold on to the gold medal as she was passed by her rival in the freestyle section. Ellisha touched home in her second fastest time of 5.00.14 to take silver in both the girls 16 years and over age group and ladies senior championship.

Frank Lamb was finally in action in his first event of County Championships. Frank swam the 400m Individual Medley in fine style to take the gold medal in the boys 13 years age group. A fast opening section in the butterfly gave Frank an early lead as he transitioned into the backstroke where he swam strongly to hold this lead ahead of his nearest rival. The breaststroke saw him maintaining the lead as the swimmers turned into the freestyle section of the race, and while the gap was closed Frank had set himself up well to hold on for the touch at the wall. Frank set a new personal best time of 5.26.78 and also collected the bronze medal in the boy’s junior championship to add to his age group gold. 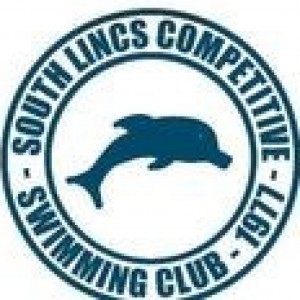